Miss Tinkler and her very first (I think) little flock. Strange to consider in hindsight that she wasn’t really a great deal older than us kids, and even now is only in her mid-seventies. I like to think she still has the ponytail – sadly not on display here – and the ’56 Customline, but I guess it’s more likely she has a blue rinse and a mobility scooter. And maybe a sixty-something toyboy too, but he’s unlikely to be one of this bunch, what with two of the six males having died young by their own hands.

Sitting to my left is Jimmy Bradford. He’s probably looking so happy because he’s just remembered that he lives in the Donna Reed Show. My excuse is that I’ve been told that in place of final exams (yep – final exams in Grade One!) I can take a viva with Principal Smith (his real name). This will mean my family can drive to Calgary a week before school’s out and not have to leave me home alone.

I don’t remember much about Winnipeg’s wild western kid brother, which is just as well, because cousin Sarah would only correct me on anything I might say. Our dad being our dad, it goes without saying that we headed back east the day before the Calgary Stampede began. “Too commercial. Too many Americans.” And I would think and wisely keep to myself, “Yeah, and too much fun, cheapskate. Xenophobe.”

I do remember Brooks, Alberta, though. It was a dark and stormy night. So stormy, in fact, that visibility got to zero and even our dad had to admit defeat and stop trying to drive through it.  It was still a few weeks until Robert Bloch would give the world The Bates Motel, so we had to settle for second worst: The Brooks Motel. There was a bed for the parents, and we four kids had to arrange our sleeping bags on the floor, which was fair enough, but our configuration was made a tad difficult by the leaks in the roof and the needful placement of buckets, and the two little ones had to curl up under the table. So the room had puddles, the biblical torrent on the tin roof was deafening, but not so nerve-shredding as my little brother’s crying and whimpering (fear plus chronic infantile eczema). Nor was it as angry and foreboding as our dad’s low rumble threatening to become a roar, brought on by our neighbours, who were drowning all of this out, a-moanin’ and a-shriekin’ and a-thrashin’ on the other side of the de rigueur paper-thin partition.

The official version, from our mum, was that the woman was having a baby – maybe even twins or triplets. I don’t know if eleven year-old Valerie or thirteen year-old Cameron bought this. I did, of course (but who knew it HURTS?), and itchy little Ross was oblivious, distracted by his flaming skin.  Over the ensuing decades, though, I have managed to piece together a pretty fair idea of how babies are made, and I can now report that we were not witnesses to the delivery of the Brooks litter but to, er… its conception.

We decamped before daybreak, as soon as the rain and the thunderheads began to dissipate and the four strong winds were folding up into an innocent prairie zephyr. The holiday was over, and the deathly quiet drive back to Winnipeg was non-stop, save for the inevitable running out of gas near Miss Tinkler’s Starbuck.  As a very young man I came back to Alberta for the purpose of having my heart broken for the second of three times by a girl who later became a Princess of Burma, albeit in exile in Edmonton. But that was 1971, a whole year after “my” Winnipegland ended, so not for these pages. Just wanted to get in the thing about the Princess, is all.

Here’s the song, performed by Jack Nicholson in a darned good impersonation of our Neil, and here’s what I’ve “decided” became of the Brooks Motel, which stopped operating under that name shortly after our brief and unedifying stay.

p.s. If the song is being elusive, go to  http://www.youtube.com/watch?v=DP9UjLeLN5A and leave a comment if it’s still not there. 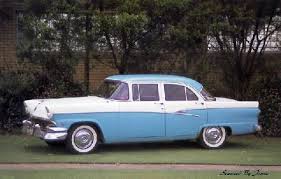