My dad used to say you could mend anything with library paste. I suppose I should have challenged him on this when, at age eleven, I found that no amount of library paste would mend a broken heart. But a broken heart wasn’t something to be discussed with a dad, or with a librarian, for that matter. And anyway, my dad wasn’t someone you challenged on anything, let alone his knowledge of the science and romance of librarianship.

Mothers are more receptive to questions about broken hearts, and mine suggested that time generally does the trick. She was right, of course, but it was to be another forty-odd years before I realized this, having in the meantime self-administered various other miracle cures (not all for that same heartbreak!), none of which was any more efficacious than library paste. Some didn’t even taste any better.

It is the Beatles’ fault that I find myself thinking about this today. Every day this year seems to be the fiftieth anniversary of Beatle this or Beatle that. I had hoped in vain that no one else would notice, and that memories of my 1964 would remain undisturbed by the banalities of others. Oh well.  My own contribution to the banality is to tell you that in matters of the heart, when your rival is a Beatle (and not just any Beatle, but the super-cool George, dammit!), you lose, chum.  Not so banal is Reba McEntire’s  If I Fell,  arguably the best ever cover version of a Beatles song. I may have to give up trying to nail the sublime guitar solo on my own bedroom-model Telecaster: if I smash it up in frustration, I have nothing but library paste for the putting back together again.

It’s Kenny McGhie’s birthday today, by the way. When I started writing about Winnipegland I expected I’d be offering you the occasional ripping yarn from the exploits of “Me & Kenny McGhie”, but after the first little story and a false start on a second, I realized that I have been delusional for decades; that in fact we were two extraordinarily well-behaved little boys. In my memory I’ve been persisting with a cute mythical formula by which he would get us into trouble and I would smart-talk our way out of it. Now that I think of it, though, it’s clear I was perfectly capable of creating trouble for myself, and, if caught, would be more likely to burst into tears than into unimpeachable cleverness. The same would have gone for Kenny, I guess, albeit with fewer tears and more cojones.  Happy birthday, my little pal. In Winnipegland time you are twelve today. I’ll catch up to you in a few weeks, and then it will be time for both of us to stop growing up. 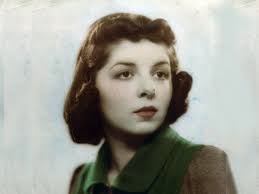