Well, okay, a grasshopper infestation to any killjoys out there. But “plague of locusts” sounds more biblical and dramatic, and besides, today I’m remembering south Saskatchewan, where my mother and kin lived in the Bible for the entire decade following the 1929 crash. She was nearly as silent on the subject as most combat veterans are on their wars; it must have seemed similarly like End Times, with year on year of drought, tornadoes, killer hailstorms, and the locusts. It says all that our mindblowingly savage prairie winters were greeted each November as blessed relief.

Actually, the difference between grasshoppers and locusts is a little more than semantic, but is behavioural rather than anatomical. If you run into a grasshopper or two on the road or in a bar, they’re just grasshoppers. But when a few million of their buddies turn up, they become “gregarious”—this is the scientific term, honest—and these newly gregarious grasshoppers get a name change and sometimes also a change in colour. Now they are locusts, and collectively they are a plague.

When a bunch of these guys blitzed my Uncle Marvin’s farm during our summer holiday there in 1963, he asked me if I’d ever walked in a plague of locusts (Nope.) and if I’d like to (Why not? I’m ten, fearless, and still fairly stupid.) “Okay then, out you go, they’re in the field other side of the barn. Tuck your jeans into your socks, button up your shirt, and for chrissake keep your mouth shut.”

I can’t say it was fun, really, but it surely did tickle. Of course it would have gone way past tickling if there hadn’t been all that yummy wheat for the plaguesters to munch on, but I know my Uncle Marvin wouldn’t have let me out there if he’d thought it was better than even odds I’d be eaten alive. Despite his rawhide skin and occasional tough-guy talk (“…damn cow went & cut her damn tit, barbwire fence, north quarter…”) Marvin was as cool, elegant and gentle as his beloved Siamese cat Ching.

Next day there appeared to be no wheat left to worry about, and Marvin turned his attention to the barn swallow problem. He could have told me, “Shoot all the swallows you want, if you can hit ‘em, but remember it’s a sin to kill a crow.” Of course Harper Lee had already said pretty much the same thing a couple of years previously, so I guess he figured I already knew this. He put me up on the parked combine with my .177 and said they’d come out of the hole in the barn gable, and if I could pick off a few he’d take me into Manor for a hot dog and Coke and some free time on the barber’s pool table. And so I did: three or four in about an hour, and then I stopped after the crow went down.

Maybe I should’ve felt more like a sinner than I did, but actually I was quite impressed with myself. To drop a bird of that size with an air rifle would require a shot right between the eyes, though it’s possible he just died of sheer surprise. I found him in the tall grass and made sure he wasn’t just injured, and in pain, but he was dead alright. If I’d known then that Alfred Hitchcock had just released The Birds, I might have wondered whether my crow had any relatives in the cast, and if they knew where I lived.

A few days later as we were heading back east I looked back and saw a dark cloud on the western horizon. It was low to the ground and seemed to be gaining on us. It could have been just plain old big prairie weather, or maybe a few million more gregarious grasshoppers, or could it have been…  swallows…  crows? I began to think about how Dad’s Chevy would most likely run out of gas somewhere near Starbuck, and how we’d be stranded for an hour or so on that lonesome highway, just twenty miles short of home. I recognize that moment now as an early encounter with my inner Tippi Hedren, but I couldn’t have known that then; I was just knee-high to, oh…  let’s just say it was a grasshopper. 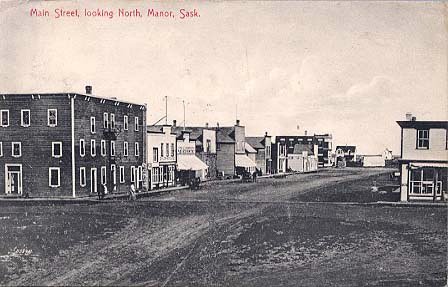 Last week my foreign-born daughter was in country, and, but for being way too old, could have experienced her very first Canadian Hallowe’en, fifty years to the day I experienced my last one. You knew you were too old for what non-Winnipeglanders called trick-or-treat when you substituted assholes for apples in the “HalloWE’EN AaaaPUHLS!!!” chant. And if you did “play a trick”,  it was probably not so much a scampish prank as it was outright vandalism, arson or elder abuse. Or the pinnacle, the famous Flaming Bag of Poo.

Hallowe’en Apples wasn’t yelled much outside of Winnipegland, not at all outside of the Prairies, and even here began to wane in popularity following those (apocryphal?) late sixties stories of sadistic neighbours embedding razor blades and straight pins in them apples. They needn’t have bothered, because apples and other fruit were immediately used as missiles in inter-child combat or for window-pelting, what with weighing too much and taking up valuable space in our pillowslip candy sacks. That’s candy, lady, C-A-N-D-Y. Sheesh. Some kids’ well-meaning mothers gave us syrup-laden, lovingly home-baked  agglomerations of Rice Krispies, Cocoa Puffs and such which, while appealingly sweet, brown and gooey, usually gathered lint, dust and worse in our bags, so were bound for the toilet, where they floated maddeningly through four or five flushes. Toffee apples were the worst of all, carrying as they did the double threat of assorted detritus and razor blades lodging in one’s gullet.

My cousins in Carlyle, SK had a not-at-all apocryphal booby-trapping to contend with, in the form of the front yard of a local widow, presumably a witch, who every October placed an ad in the Carlyle Observer. The headline was “Children, Take Heed” and the upshot of the text was that Hallowe’ening juveniles would be considered to be trespassers on her property, and that traps had been laid.  I don’t know whether anyone ever called her bluff, or whether she had to die before The Observer would stop running her ad, clearly in malevolent breach of standards, if not laws, even those of that freewheeling time.

My last Hallowe’en, in 1964, was hallowed to be sure. It fell on the day I was caught shoplifting Doo Wah Diddy Diddy, and my punishment, in addition to the truly frightening opprobrium of my dad, was that I would not be allowed to dress up and go begging for candy that night, but would only be allowed to go out unmasked with my UNICEF coin box, which we Sunday School kids traditionally proffered along with our pillowslips. Leaving out the back-story, I piously informed the mothers that this year I was collecting nothing for myself, but only cash for UNICEF, and that they may therefore care to double their donation to that cause, which of course they did, cooing at my blessed sacrifice and general adorability. I collected and submitted (yes, unskimmed) $130-plus—serious money in 1964— and received Sunday School praise and a certificate for my winning effort.

So, crime and punishment, penitence and atonement, redemption and validation, all on the one day. Who needed candy? I was the Hallowe’en Asshole.

The title, with thanks to The Guess Who, is the only Winnipegish thing today, because I’m just slipping out for a brief trip to Saskatchewan, returning soon by way of the Starbuck Texaco.

My almost-twin cousin Sarah was sharing her recipe for madeleines the other day, so of course I recalled our shared auntie of that name and then all of our shared Hewitt ancestry. She asked if I had much memory of our grandfather, and I surprised myself with what was still there. I answered her thus:

“Yes, I remember him quite well. He was a bit gruff, or maybe just taciturn, but no more intimidating than any man of that age. I spent a week with him and his third wife Hazel at their Carlyle home the summer of 1958, and these are the things he let me do:

So yes,  I do remember him, in all his gruff and taciturn glory. I never saw him alive again, so I’m glad he let me do all that good stuff when we both had the time.

I could point you to some Carlyle townscapes, but although the locations are pretty much as remembered, the storefronts are now faux-something-or-other (Wild West, maybe?), the cars have no chrome, no fins, no style, and there’s not a ghost to be found anywhere. On balance I choose memory, with a little imagination to fill in the gaps.  Here, though, are a few photos of our Grandpa and his learned first wife Florence, our grandmother who died before we were born.