If you don’t mind the odd brown-eye or worse, then a slow roll through town on an early morning train can be entertaining and is certainly educational. Without breaking any laws you can be a serial peeper across the back alley, into the back yard, and at the backside of a nation. The last time I had the experience was when passing through the outskirts of Poughkeepsie and other points south on the way to New York City. I can report that Americans are spookily similar to us when it comes to the early morning routines and rituals which reveal us as brothers and sisters under the skin. I guess there is residual sleep dust, otherwise known as rheum, which needs to be cleared before the daily epiphany of specialness and superiority experienced on both sides of the border and informing the conduct of our respective days.

There’s residual snow, too, in early spring upstate New York and it’s just like ours in the true north: patchy, grey and slushy, good for nothing but snowballs that really hurt. Dogs won’t even poo in it, and nor will boys bother “autographing” it, and even if they did it wouldn’t show. For those art forms, and for less damaging snowballs, you need the virginal white fluffy  stuff of December.

A fresh fall on top of a hard-packed base meant that in my smooth- soled moccasins I could slide up and down Somerville Avenue as quick as a flash, flicking up fabulous little Christmas-lit blizzards in my wake. That’s why I was sent on a mercy dash to Ringers Drugs on Christmas Eve 1962, for the life-giving Dr Pepper and Old Dutch BBQ chips needed to keep a family Scrabble session going.

This was probably also a ruse by my father to take me out of action for one game, so that he could escape for that game at least my evergreen challenge to his evergreen contention that the addition of pre or re to any old verb yielded a new Scrabble-legit word. Prezoom was his favourite (mine too), followed by prezip and requibble. But, ruse or not, I figured that a guy who’d voluntarily —unnecessarily, in my view— forsworn for life his beloved Scotch deserved to be indulged in the occasional small pleasure. So I bundled up and headed out for the three-block slide to my own personal Star of Bethlehem. 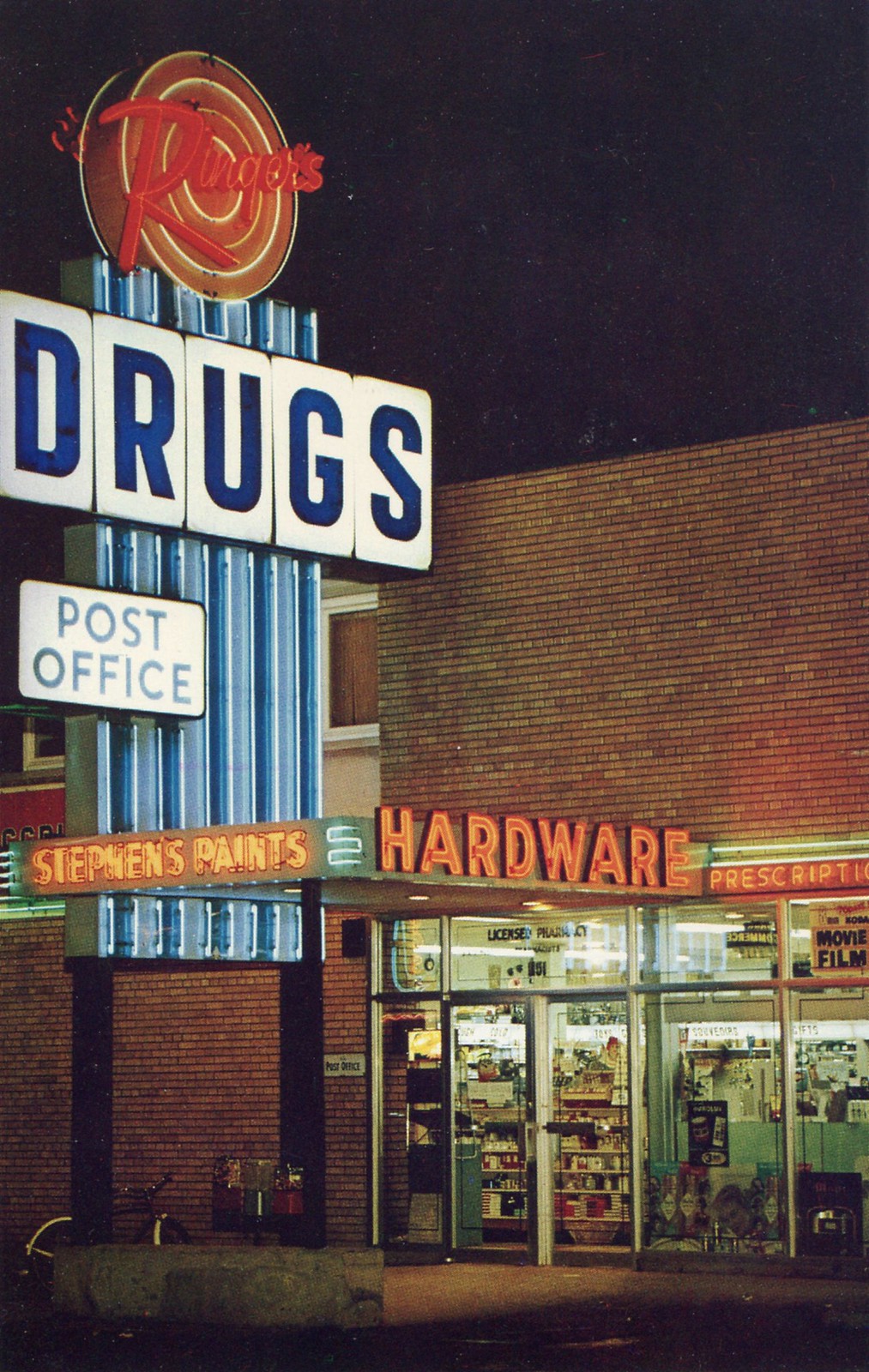 For a change I actually paid for the supplies, which seemed somehow appropriate on a holy night, and anyway it wasn’t my money. On the way home I felt a new sensation; had I known the term I would have thought to myself, “So this is agapé.” Every little bungalow was Christmas-lit in similar fashion: not a one was overdone, but every one was twinkling prettily. The night was crystalline and windless, and fresh illuminated snow was falling. Every front window emanated a gently glowing warmth and hinted at a quiet, harmonious tableau behind drapes drawn against the cold. Families just like ours—for that moment at least—doing family things. Somerville Avenue was the world, and the world was good.

I slid on home, unbundled myself, and sat back down, resolving in my newfound universal love state to let my father win the next game. But halfway through it he just had to proffer prezooming, and I just had to say “Challenge.” Agapé was agone, folks, and I never really experienced it again, though Poughkeepsie did come close.